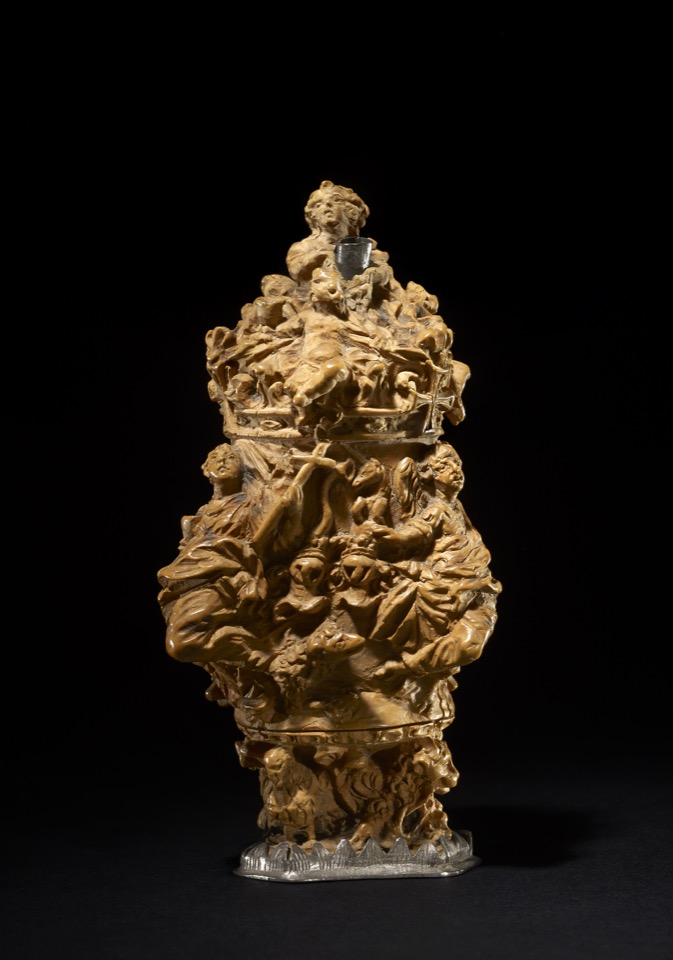 Carved with the figures of Faith, Hope and Charity and the shield of Austria. The upper part takes the form of a crown.

Perfume flask; highly decorated column of boxwood; upper part in form of royal crown, with seated female figure surrounded by three cupids; body divided into three by figures of Faith, Hope and Charity; coat of arms and four crests in pairs between them triangular base, unscrews, represents emblems of the Evangelists; arms include: cross pattée, Imperial Eagle, Austria, demi-unicorn and pair of horns; inscribed.