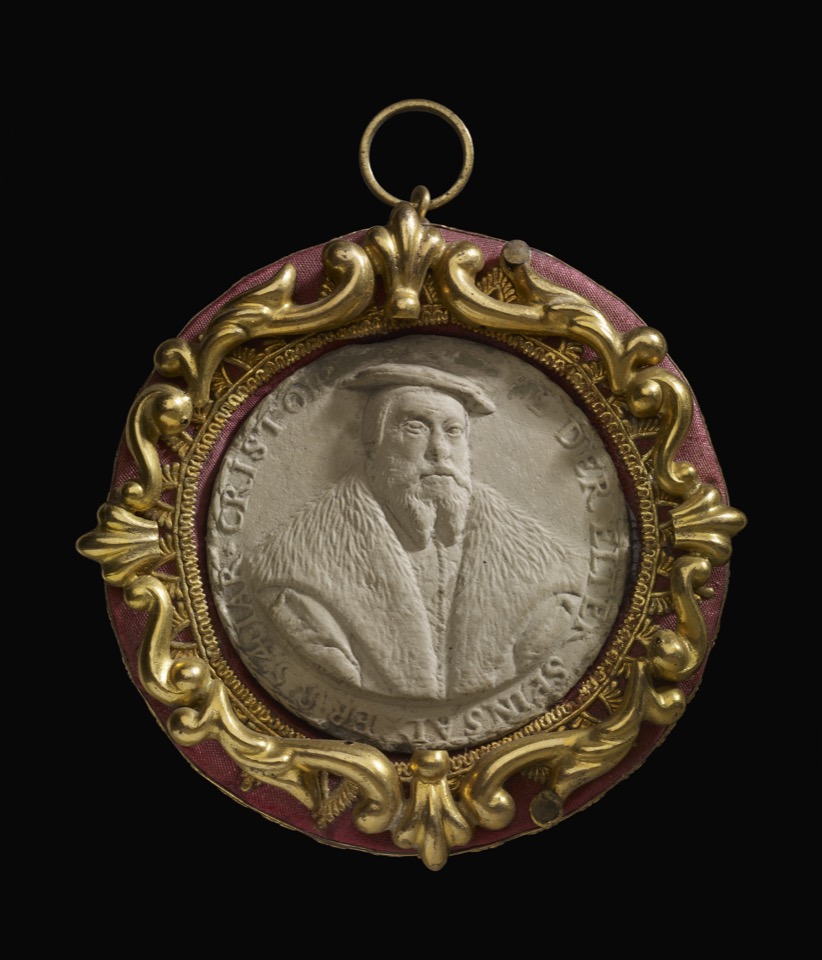 Model for medal of Christopher Tetzel

Tetzel, a member of one of Nuremberg’s oldest families, is shown at the age of 54. Bolsterer (died 1573) was much admired as a medallist in Nuremberg.

Circular medallion; hone-stone; model for obverse of medal, carved with three-quarters bust of Christoph Tetzel at the age of 54; dressed in close cap and flat hat; wide fur collar to mantle; beard in two points; frame with label; inscribed.