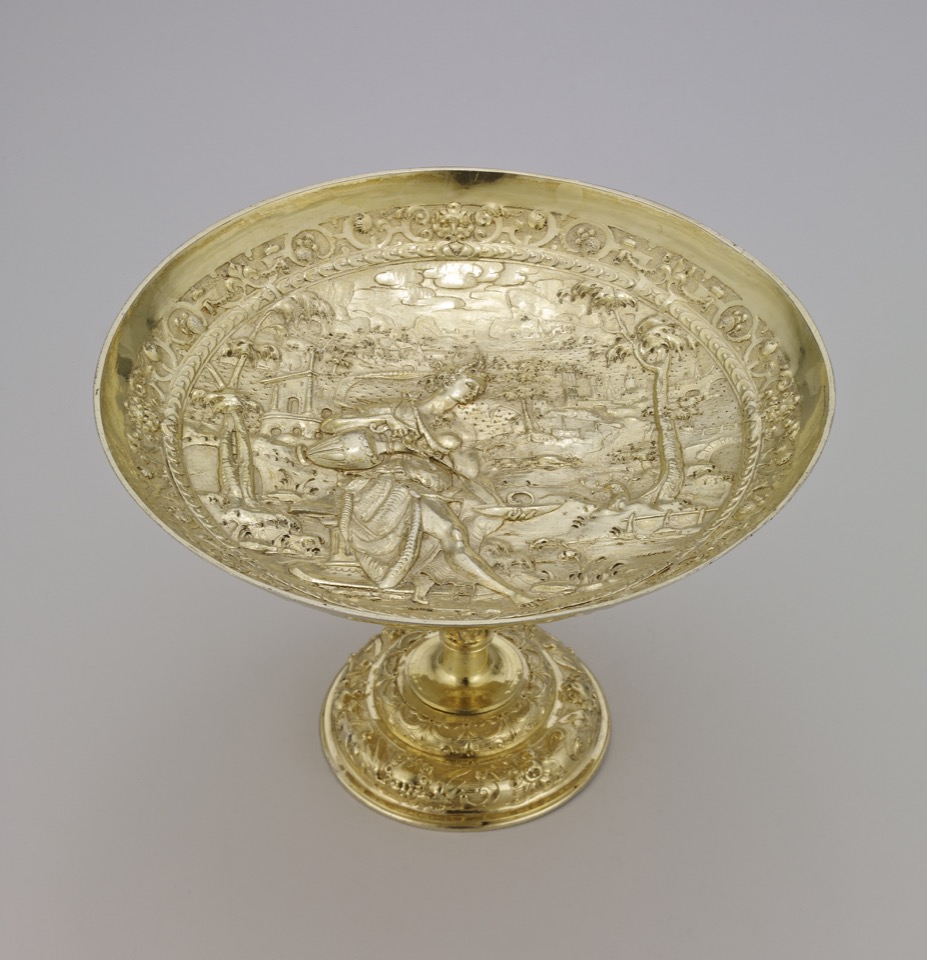 Commentary on this tazza: There is little fundamental change to be found in the three versions of the Temperance relief- the 1590 large version (K. Rossacher, ‘Der Schatz des Erzstiftes Salzburg’, Salzburg, 1966, p. 144, with illus.; also Seling 1980, p. 255, fig. 211), the 1594 smaller version (Seling 1980, p. 254, fig. 204) and the Waddesdon Bequest example. In the two versions in the Palazzo Pitti the figure is more upright and more discreetly dressed, with no bared breasts and a buskin on her right leg. However, the bowl and the ewer are held in the same distinctive way, and only in the 1594 version is the windblown drapery behind the head and shoulders omitted. Dr Weber has established that the source for the 1590 tazza was a woodcut by Jost Amman, published posthumously in the ‘Kunstbüchlein’ in 1599 (Weber 1970, p. 343).

The landscapes, however, differ enormously and, curiously, the technique for representing the expanse of water on the 1590 tazza seems closer to that used by Raimund Laminit (cat. no. 24) than to the normal method used by Paul Hübner.