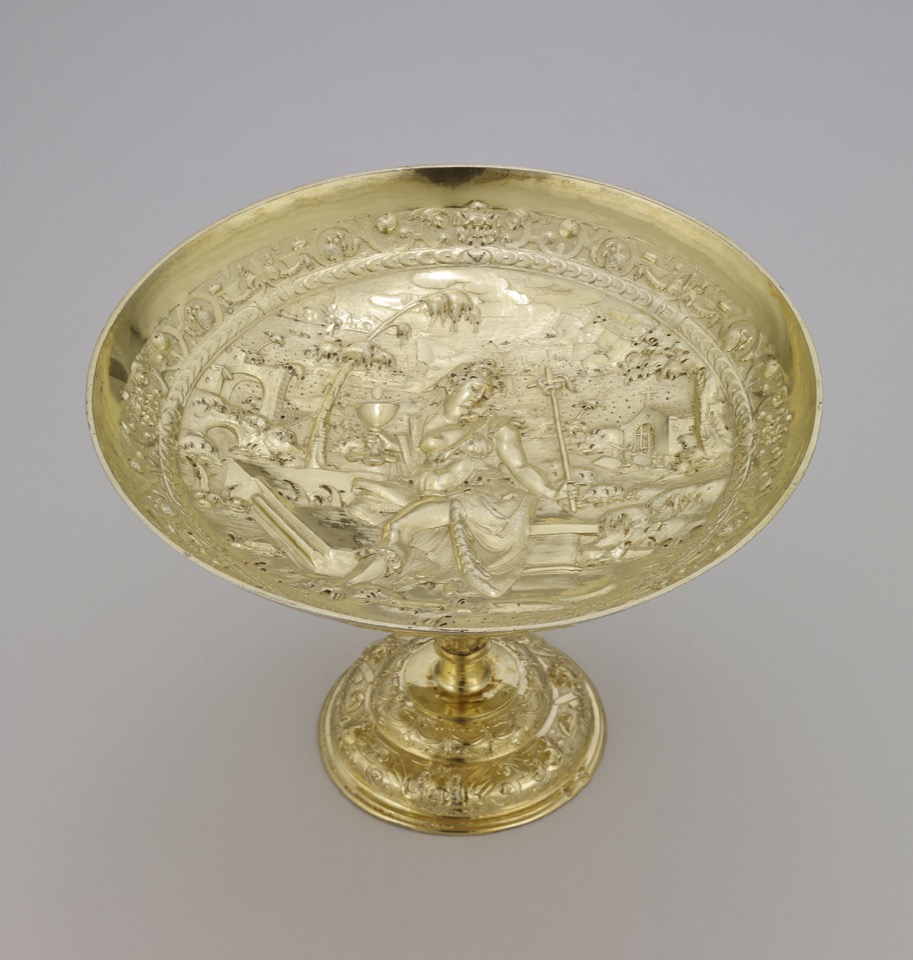 Commentary of this tazza: The woodcut by Jost Amman, reproduced in the ‘Kunstbüchlein’, published posthumously in Frankfurt in 1599, has been identified as the source (see Weber 1970, p. 341, fig. 17). However, the inelegant figure in Jost Amman's woodcut has been dramatically transformed in this version by Hübner. He used as his source the same woodcut when making both the 1590 Faith tazza and the 1594 Faith tazza (both in the Palazzo Pitti, Florence) and in each Hübner has introduced a number of changes (see Weber 1970, pp. 340-6, figs 14-17).

In the 1594 Faith tazza, the little wayside chapel has been transformed into a large church but without any human figures; the figure of Faith holds the chalice by the knop, and in general character it is close to the Waddesdon Bequest chalice. Again, the head of Faith is seen in profile looking to the left and, as in the 1590 version, her robe is properly discreet, covering both breasts.

The arrangement of the tombstones in both the 1590 and the 1594 tazze is essentially the same, but greatly differs from the solution devised by Hübner on the tazza in the Waddesdon Bequest.