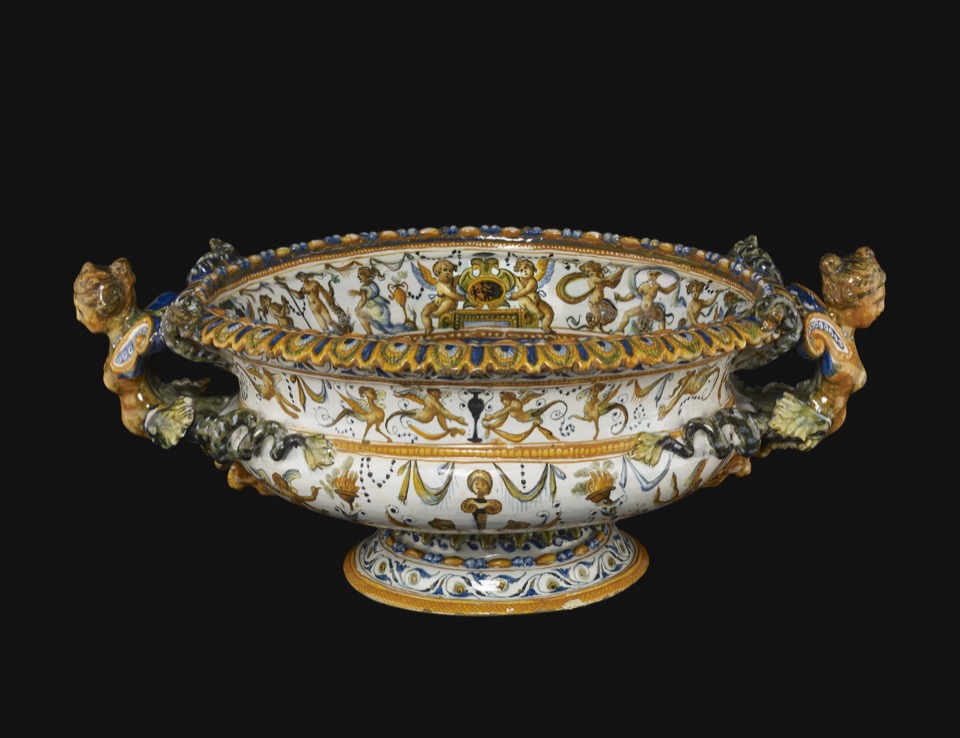 The inside shows Moses striking water from the rock, from the biblical Book of Exodus.

Bowl (wine cooler) with scalloped rim. Round the foot two bands of relief ornament of beads and leaves. Two handles in the form of sphinxes. Earthenware covered entirely with a presumed tin-glaze. Painted in the bowl: a scene of Moses with the spring where he struck the rock, behind him people with vessels for water. Above a frieze of winged putti, merpeople and other figures, also medallions with cameo scenes each held by winged putti.

Provenance: Previously in the collection of Andrew Fountaine (by 1835), sold at Christie's London 16th June 1884, lot 390 (£399 to Wareham). It is unknown when it entered the collection of Baron Ferdinand Rothschild.