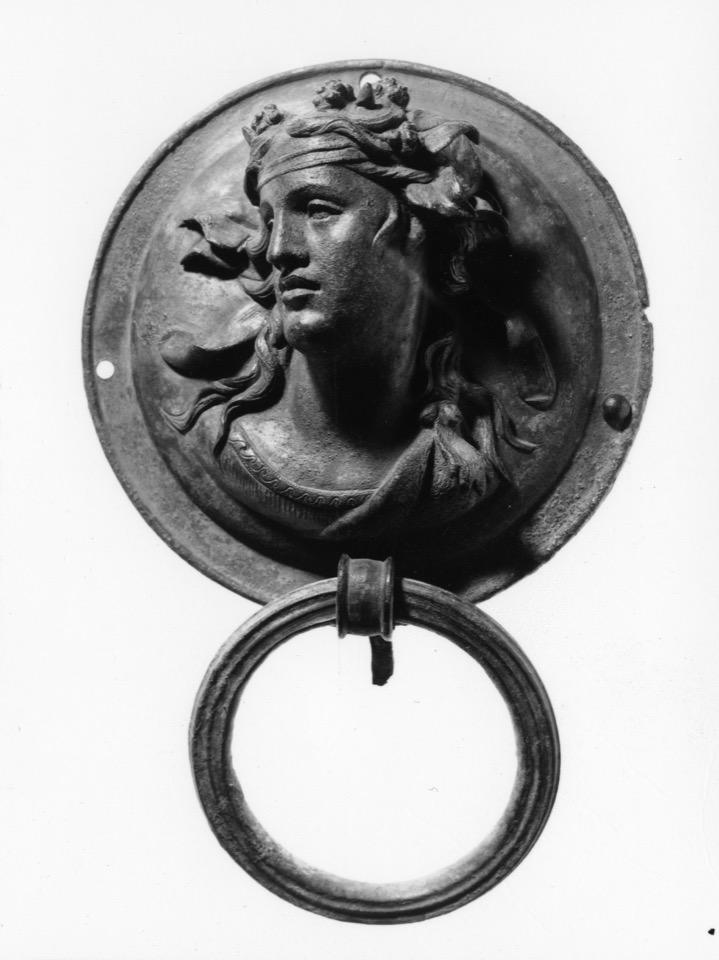 Bronze circular medallion, head of Dionysos in high relief, cast and chased with pendant ribbed ring below for use as handle; head turned to left with fillet across forehead, two ribands issuing from the back of the head and a leopard skin knotted over the left shoulder.