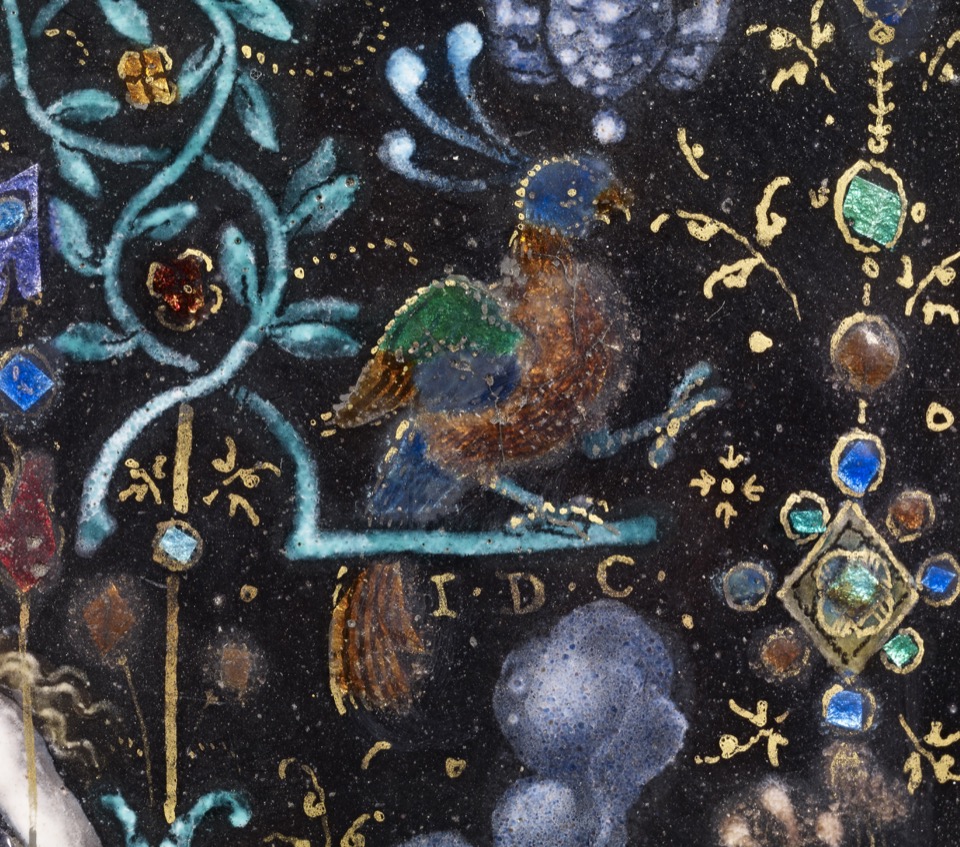 After a print by Étienne Delaune.

This object was previously owned by Louis Fould and Louis Fidel Debruge-Dumenil, collected by Anselm von Rothschild and bequeathed to the British Museum by Ferdinand Anselm Rothschild.

Commentary: The scene is after Etienne Delaune (see British Museum print Gg.4D 67). An oval plaque signed IC with the same subject also after Etienne Delaune is in the Walters Art Museum (inv. no. 44.352), see Verdier 1967 in bibliography. There is a further oval plaque of the same subject. also signed IC, in the Louvre (inv. no. OA 962). WB.37 was put together with its companion piece showing Minerva (WB.38) when it was in the Fould collection.

For maker signing IDC see S.Higgott,Catalogue of Glass and Limoges Enamels, Wallace Collection, London 2011, cat.82 for a plaque signed on rim with Virgin and Child seated in clouds. Higgott gives a list of pieces marked IDC, including a watchcase at Waddesdon Manor and two plaques in the Metropolitan Museum. His style is distinctive but he is closely associated with the maker signing IC. Large dishes signed IDC include Moses with the Brzen Serpent in the Hermitage and The Sacrifice of Iphigenia in Philadelphia.

See also a plaque monogrammed IDC after Goltzius of Charity offered by Bernard Descheemaeker in February 2015.