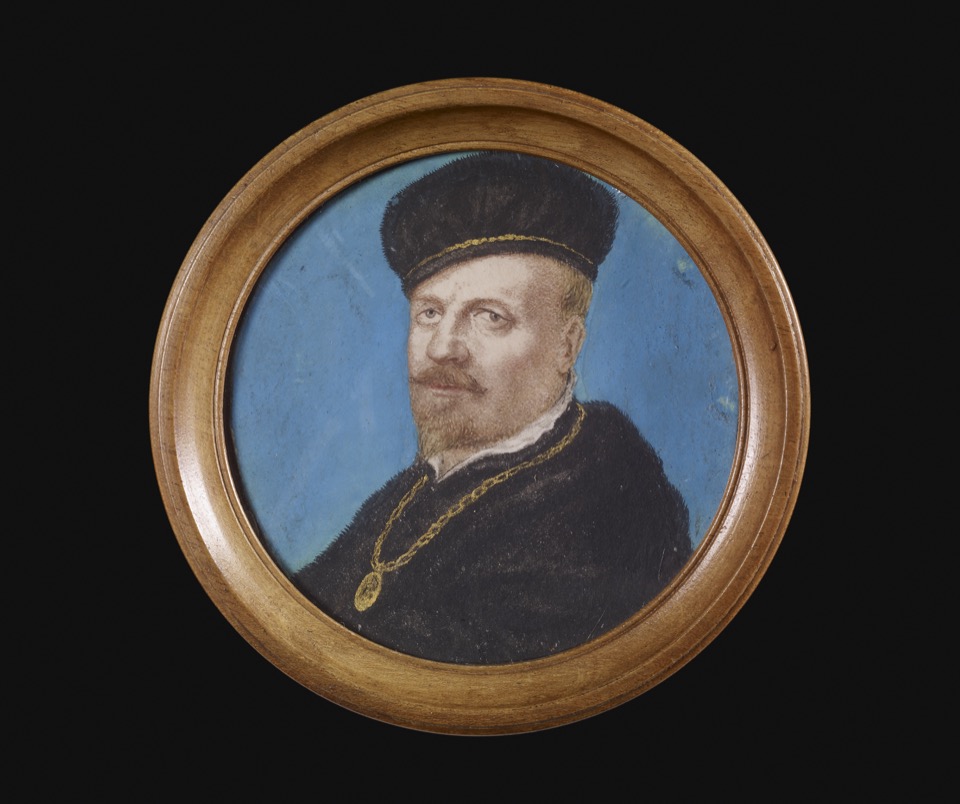 Portrait miniature of an unknown man

The sitter wears a gold portrait medal similar to 5 around his neck on a gold chain against his sober and expensive black clothes.

Commentary: The identity of the sitter has yet to be established. In Read 1902 it was recorded that this miniature was “believed to represent Suply van Verdion, to whom Frederick Henry, Prince of Orange, is said to have given the medal, No. 173 [WB.173], which he wears in the miniature”. As Read did not give his source for either part of this statement it may be assumed that the oral tradition remained uncorroborated. More recently Dr H. Enno van Gelder, of the Koninklijk Kabinet van Munten in The Hague, was unable to throw any light on the problem when, in 1955, he was carrying out his research, and today his successors there have confirmed that neither they nor the Dutch genealogists they have consulted can discover any record of a Suply van Verdion. Indeed, it is as if he never existed.

Furthermore, it should be noted that the Central Bureau voor Genealogie in The Hague has not yet been able to trace the father of Godard Verdion, although the latter was born in Rouen in 1648-9, nor any of his ancestors. Whilst there still remains a faint possibility that one of his forebears was named Suply and was styled van Verdion, it seems improbable that anyone deserving of this gift of a gold enamelled pendant medallion from Prince Frederick Henry should have remained totally obscure.

At the present time the evidence is so inconclusive that the sitter must be described as 'an unknown man', though in time the Dutch specialists may be able to trace not only the sitter's identity but also that of the miniaturist who painted this likeness. However, the miniature presents several problematical aspects which conflict with a Dutch attribution and further scientific investigation will be required before its date and origin can be confirmed.