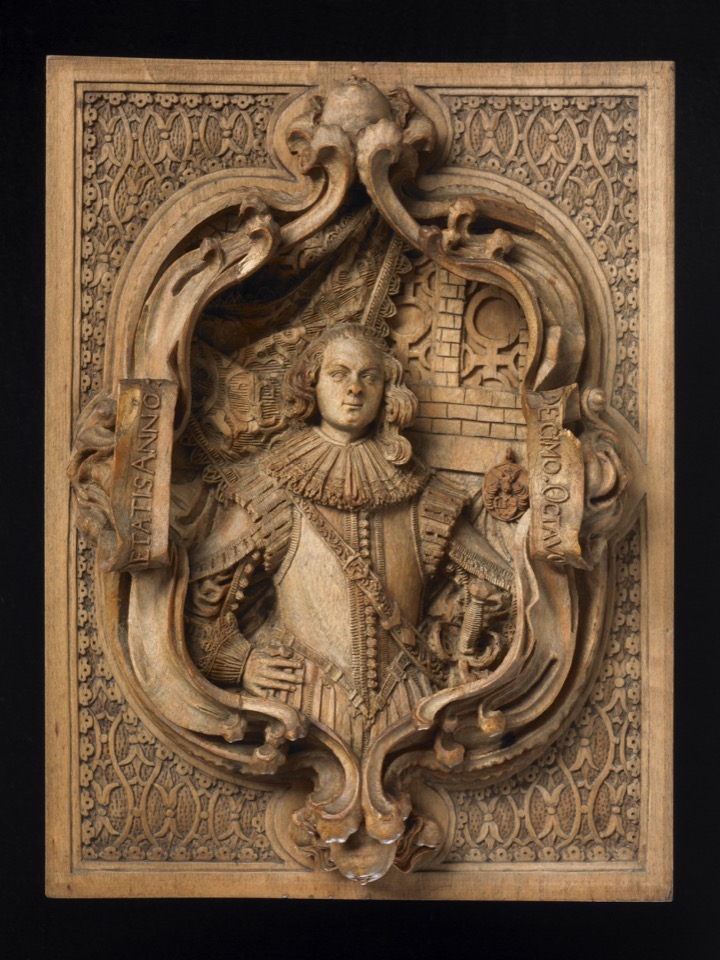 Portrait of a young man, aged 18

Carved in high relief and partly in openwork with a detailed half-length of a young nobleman. The arms and crest are those of the Van Arkel family of Holland.

Commentary: Söll-Tauchert 2011, cat.90, p. 318 suggests that this plaque may be by the same hand as one in the Historiches Museum, Basel of a gentleman with the arms of the Zurlauben family, possibly Konrad Zurlauben III (1571-1629) which is carved from a single piece of wood as a virtuoso carving (inv. no. 1870.1192). This is signed with the monogram 'FE' on the ribbon that the man wears under his jacket, and is dated 1625. This WB piece is apparently dated the same way 1625 on the bandolier under what may be a signature but this is unclear. A Crucifixion wooden plaque after a 1605 engraving by Ralph Sadeler, which is also in Basel, is also signed FE and dated 1627 on a skull at the foot of the cross, 1870.950, see same publication cat.85. The cross cears the arms of Zurlauben of Lucerne, possibly the man in the portrait in Basel. Both Basel carvings were in the Museum Faesch, inventoried in 1772.