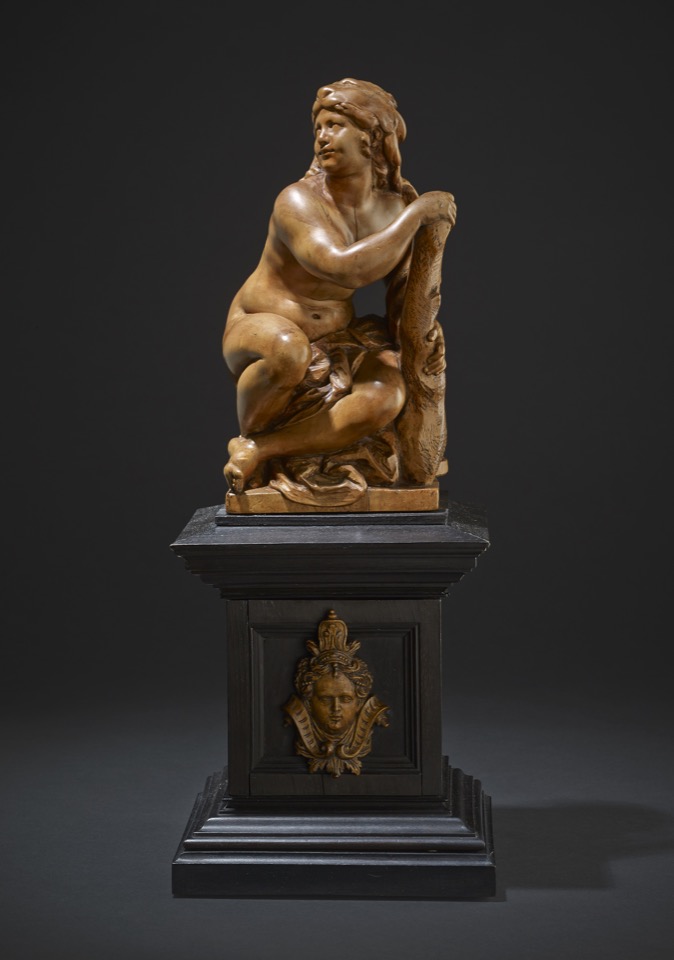 Omphale, Queen of Lydia, is presented as a powerfully sensual woman. The classical hero Hercules fell in love with her. He was so infatuated that they exchanged clothes and he spun wool, traditionally a woman’s task. Here Omphale wears her lover’s lion skin and holds his club. The Flemish sculptor Artus Quellinus the Elder was a close associate of the painter, Rubens. This figure recalls Rubens’ fleshy female nudes.

Statuette; boxwood; Omphale seated, nearly naked, in crouching position, wearing lion's skin of Hercules and holding his club; leans on short column to her left and looks over right shoulder.

For a Chelsea porcelain figure based on a bronze by Artus Quellinus the Elder, see British Museum reg. no. 1938,0314.96.CR