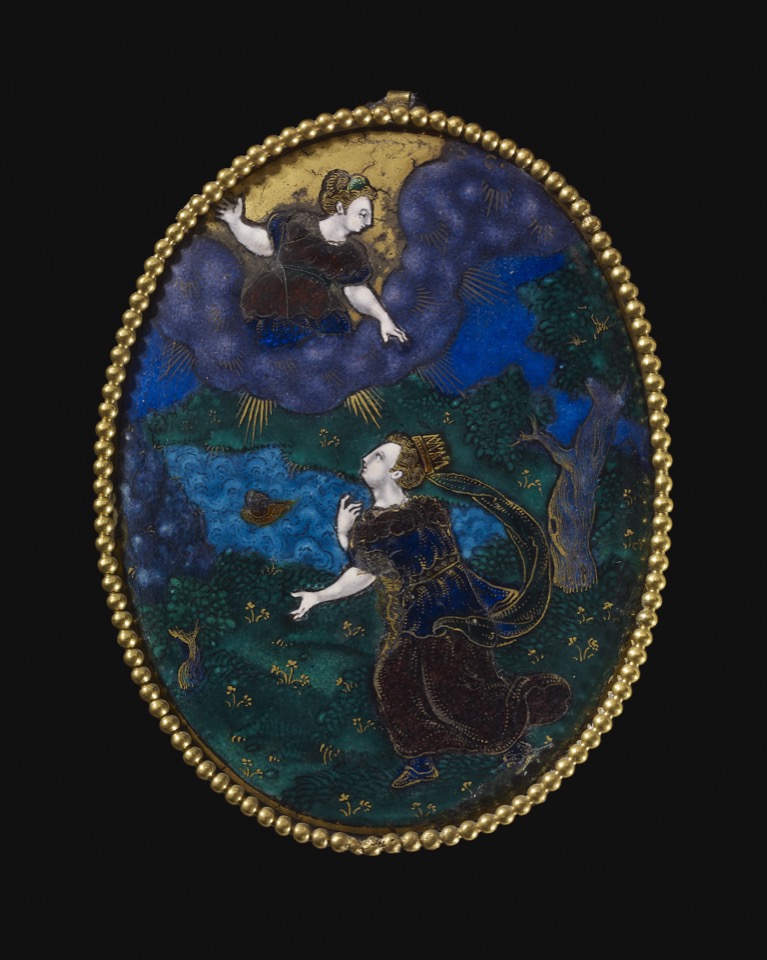 Mirror back, Dido and Diana

11a shows Meleager and Atlanta with the head of the Calydonian boar, and has a modern frame, probably made for Frédéric Spitzer. 1lb shows Dido appealing to Diana. 11c shows a tree watered by cupids inscribed in French ‘love will die if it isn’t watered’. Both 11b and 11c are signed ‘S. C.’ for the female enameller Susanne Court, and come from the collections of the Dukes of Marlborough.

Painted Limoges enamel mirror back; copper, oval; set in a frame of gilt metal beading; Dido, Queen of Carthage appealing for help from Juno; a galleon, in a gulf, in which Aeneus is departing; above, amidst clouds, the half figure of Juno; signed; painted in semi-opaque enamels on a white preparation, translucent enamels over coloured foils and white-grey grisaille with flesh tones; contours delineated in black by enlevage, with gilding; counter enamel, transparent and colourless; inscribed.

Provenance: Formerly in the collection of John Spencer Churchill, 7th Duke of Marlborough (1822-1883), at Blenheim Palace and sold in the sale of enamels from Blenheim at Christie's London on the 14th June 1883 (lot 20). It is unknown when it entered the collection of Baron Ferdinand Rothschild.