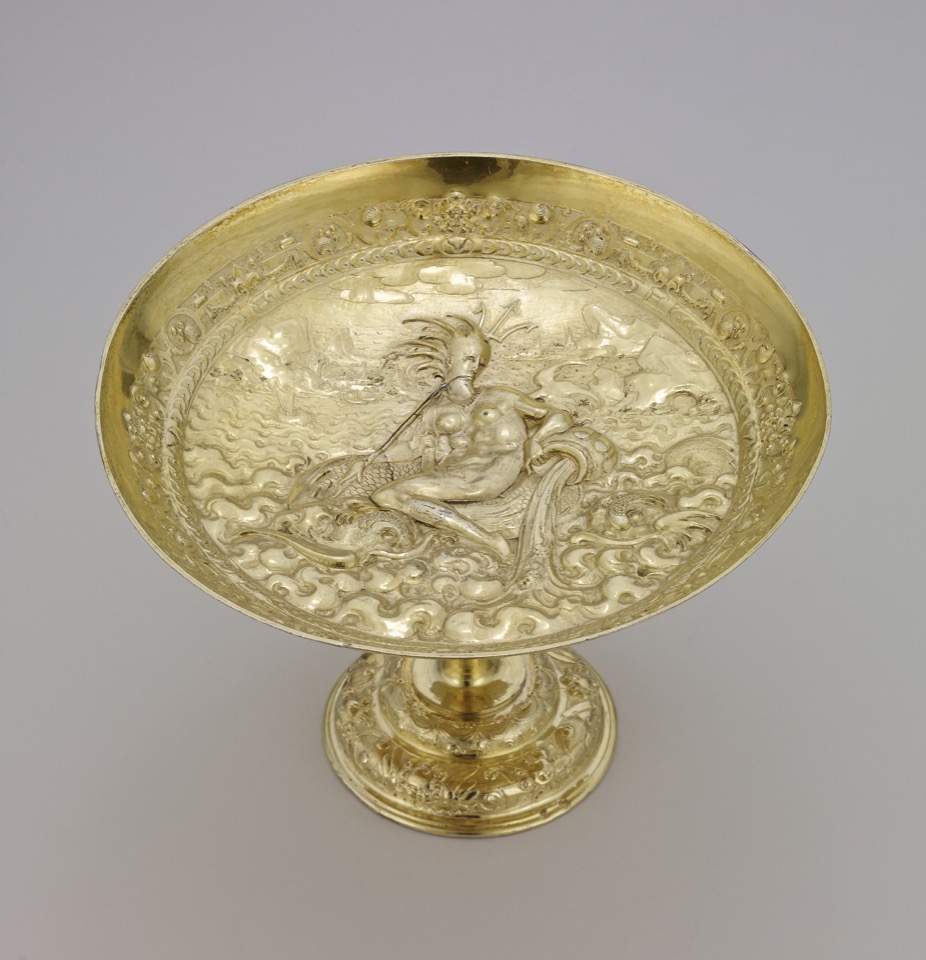 Commentary on this tazza: The source of this extraordinary scene has not been discovered (see Weber 1970, p. 345; also Seling 1980, p. 255, fig. 214). This figure of Water and the entire composition are unrelated to both the 1590 tazza Water (K. Rossacher, ‘Der Schatz des Erzstiftes Salzburg’, Salzburg, 1966, p. 143, with illus.) and the 1594 small tazza (Seling 1980, p. 254, fig. 199). The latter examples differ in minor details only, whereas on this tazza Paul Hübner has introduced a totally new solution and it helps to confirm the suggestion that this Waddesdon Bequest set of eleven Hübner tazze was probably completed between 1594 and 1600.