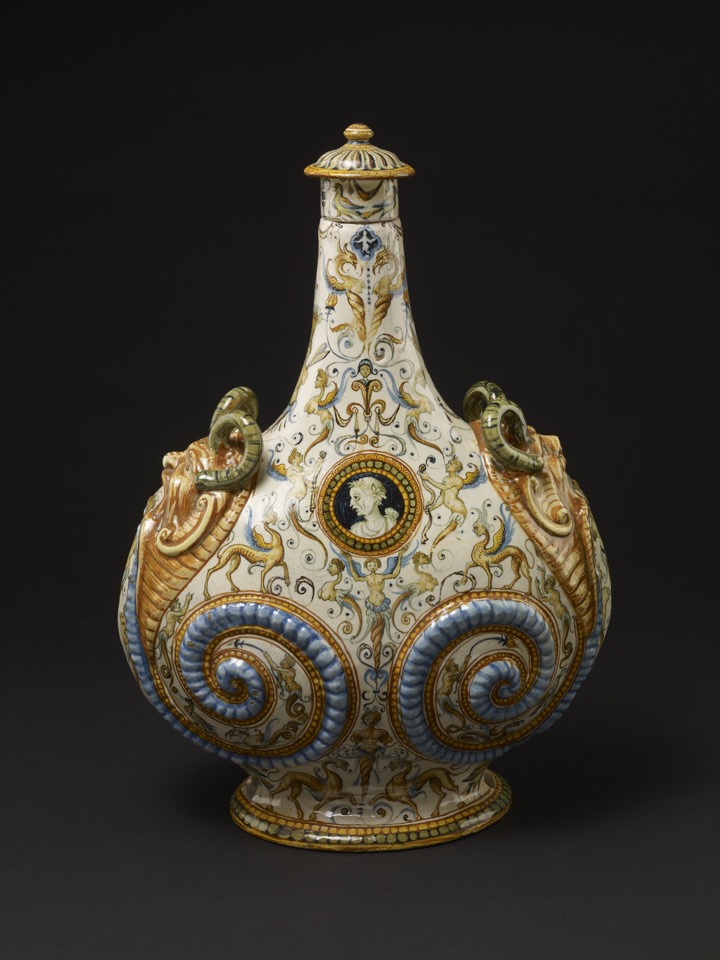 Pilgrim flask on hollow foot into which are cut two rectangular slots, one at each end. The sides have two pairs of horns in which curl up to a pair of grotesque satyr masks, each with two horns which form the handles of the flask. The stopper screws into the neck and has a flange and a finial. Earthenware covered on the exterior with a presumed tin-glaze. Painted with grotesques and two roundels with a male cameo head on one side and a female on the other.

This object was previously owned by Maurice de Talleyrand-Périgord and Andrew Fountaine, and collected and bequeathed to the British Museum by Ferdinand Anselm Rothschild.