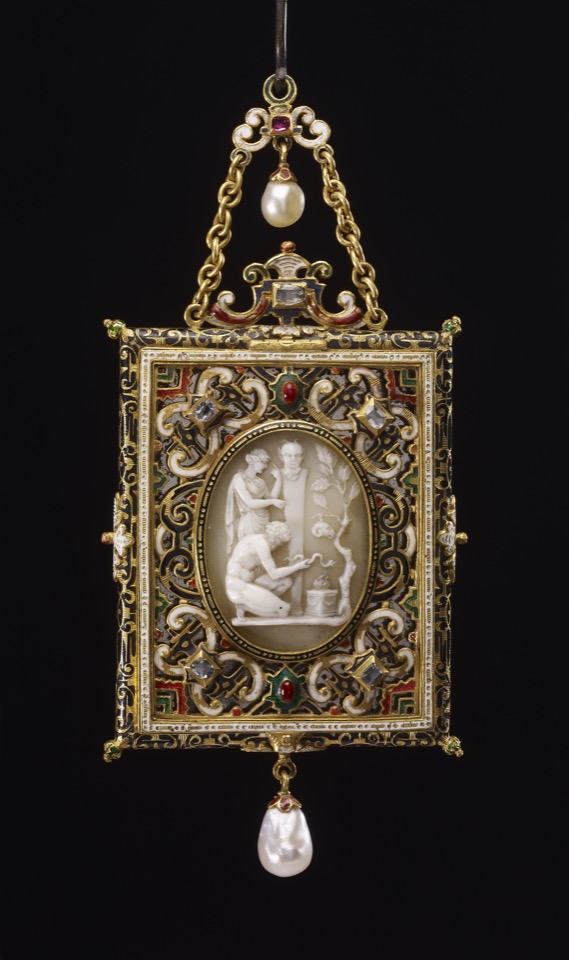 A plaster mould for the cover survives from the André workshop in Paris, proving that the jewel was made there to appeal to collectors. The cameo on the front is older and shows a sacrifice to the pagan god Pan. Inside is a modern metal mirror.

Commentary: The 1911 and 1927 catalogues of the Waddesdon Bequest both refer to a portrait miniature 'of James I of England, much faded and in the style of Hilliard', within the oval frame inside the lid. This is now lost. The enamel plaque of Apollo pursuing Daphne is French, 17th century, and the onyx cameo of Pan is 18th century, but the frame and composition of the object is a 19th century concoction and was put together to appeal to collectors by the restorer / faker Alfred Andre in his Parisian workshop, where a plaster mould for the cover survives.