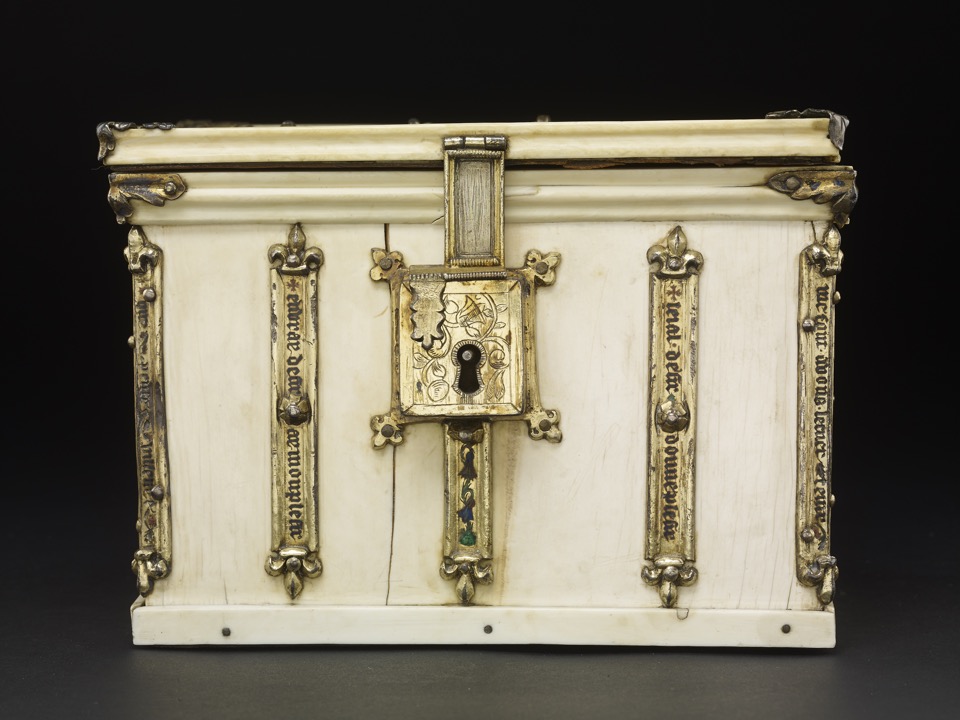 The vertical silver bands are engraved with messages of love and loyalty.

Oblong casket; plain slabs of ivory with added mouldings; thirteen bands of silver gilt around sides, each terminating in fleur-de-lis and bearing inscription in black letters or line of flowers engraved and enamelled; lid with four similar bands and leaf at each corner; brass wire handle; projecting silver-gilt lock engraved with flowers; key separate (inside).

This object was previously owned by d'Albanie, and collected and bequeathed to the British Museum by Ferdinand Anselm Rothschild.

Provenance: According to Read 1902 the casket comes from the collection of Count Stuart d'Albanie but there is no reference given for this.

Commentary: The closest comparison is a reliquary casket, French c1400, now in the Rijksmuseum (inv. no. BK-NM-625) which was used in Utrecht for St Willibrord relics until the Reformation,which has a similar shape in ivory and similar silver strips with finials and lock. See