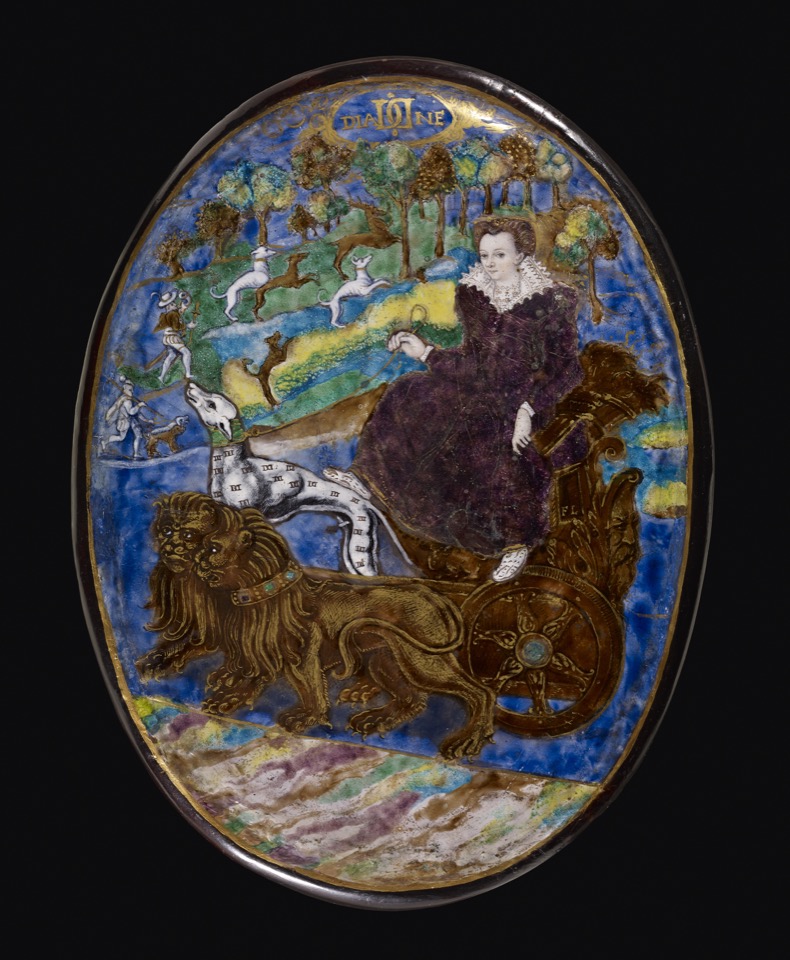 King Henri II’s mistress is shown as Diana, classical goddess of hunting. Her monogram appears on the white hound beneath her foot and in the centre of her name. The romance of the French Renaissance court appealed to the Rothschilds, who specialised in collecting Limoges enamelled portraits of this type.

Commentary: As Henri II’s mistress, Diane was a powerful influence at court from 1547 until Henri’s death in 1559. Her monogram, the interlaced DD, appears on the white hound beneath her foot and in the centre of the name Diane. There is a plaque at Waddesdon manor signed 'LL' with Cybele on a similar chariot (inv. no. WI/77/I) which is after a print of Cybele by the Master of the Die.

For a scientific analysis of this plaque and comparison with a plaque in the Wallace Collection (inv. no. IIIF240) which may have been made in the same workshop at around the same time, see Higgott 2011 (in bibliography).